Having been told I need to blog, I’ve been sat here thinking “what can I blog about?” and I’ve come up blank!  Our lives have turned a serious shade of beige at the moment!!  Don’t get me wrong, from my point of view I’ve never been happier and more content, but work seems to be all encompassing at the moment – particularly for Paul!!

Until I’ve got something better to blog about, here’s a picture of what happens when bread turns evil…

Every time I see this monkey, I can’t help but laugh…

I went to London with my sister-in-law (Denise) on Saturday to see the very funny Sarah Millican at the Hammersmith Apollo.

We were making a bit of a day of it, so hopped on the train to Kings Cross at lunchtime with the intention of having some food, a few drinks and then off to the gig!

All was going very well…we got off the underground at Westminster and wandered along the Embankment having a giggle, watching a few of the street performers as we walked.  On our way to the food establishment of choice (The Gourmet Pizza Company … yum yum), we passed the ‘Time for Change’ volunteers who were providing different activities / information on mental health issues.  They’d got these people dressed up in giant type costumes with long arms and they were trying to grab people as they walked by.  Now, one of them managed to get hold of my arm, but I managed to wriggle free with a smile and a “not today, thanks”.

On our way BACK to the underground, one pizza and two double vodkas later, we were STILL having a giggle.  We were chatting away to each other and generally minding our own business when, out of the corner of my eye, I spotted a woman in a ‘Time for Change’ t-shirt walking in a line to intercept us.

Well, we really didn’t want to get into any deep conversations at that point…we were a little bit tipsy and off to a comedy gig…so I said (in a VERY polite way) “I’m sorry, we’re not interested today, thank you!” and carried on walking (good manners cost nothing after all and I didn’t want to ignore her completely).

As we were passing her, I heard her say…”well, that was rude!”

Now, maybe the best thing to have done would have been to continue walking, but the “well, that was rude!” rattled around in my head for about 3 seconds and I had to stop mid-stride!  I turned to face the woman…

I got a mumbled “yes” in reply.

With that I turned around and flounced off!

So, I wasn’t rude…at least, not to start with! 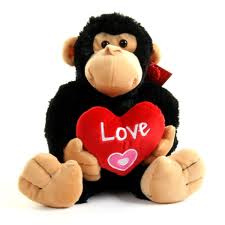 God, religion and other fairytales…

If you’re religious then I’m sorry.  I don’t mean to offend you and I respect your right to believe what you want to believe, but I fucking hate the ‘do-gooders’!!

6:30pm on a Wednesday evening and the doorbell rings…

Actually, NO YOU’RE NOT – you’re just another bloody ‘cold-caller’ out to try and sell something!  Whichever branch of the God-botherers you’re from, you’re just out looking for new followers!  IF God or Jesus exist (and I happen to believe they don’t) they would KNOW it would be pointless to extend a “personal invitation” to me and would have put a big red cross through my name with the warning “DO NOT APPROACH!”

Of course I have moral guidelines and views on how I live my life… (these are not necessarily in any order!)

I believe in all of the above (and a million other things) and I do it without the need to knock on a strangers door and push a leaflet in their face telling them that they should believe it too!

I’ve written MY beliefs on MY blog.  You are choosing to read it.  I am not forcing you and I’m certainly not telling you that my beliefs will work for you.

I know I sound like a miserable old bag, but I am offended that ‘organised’ religious groups seem to think they have the right to knock on my door and tell me that I need to “let Jesus into my life”!  I manage to raise three children, hold down a job, pay my bills and make numerous decisions every day that affect both myself and others…do they not think that if I felt I was missing something in my life, I would be capable of going out to find what I was missing rather than waiting for someone to turn up on my doorstep with the answers??

If you believe in God, Jesus, Buddha, Allah, Father Christmas, the Easter Bunny or purple monkeys and it works for you, then great – I really am genuinely happy for you.  If I have offended anyone with my views then I apologise as it wasn’t my intention, but I don’t apologise for HAVING my view!

Oh, I also believe that good manners don’t cost anything so instead of launching into a tirade of anti-religious venom I politely said “thank you, but I have my own personal beliefs”, smiled nicely at the three people on my doorstep and wished them a good evening.

…and I shall wish you all the same thing! 🙂

A special kind of stupid…

Just goes to show how wrong these tests can be…

“130-145 – high intelligence. People with a high intelligence level have no difficulties in becoming a student of a good university and often continue their scientific career there. Moreover, they are usually respected experts in medicine, informatics, physics or astronomy. They frequently choose to be artists as well. Having an intelligence quotient of over 130 points gives the opportunity to become a member of Mensa.”

Yeah right – I’m the numpty that glanced at a dark window on a train, saw her own reflection and mistook it for her sister!!! (I also did that whilst walking past a mirror!)

How does seeing an order to the ‘pretty patterns’ show how intelligent someone is??

Oh well, back to work now I suppose… 😐

So, Paul went out for a ‘couple’ of beers the other night.  “I definitely won’t be late and I’m only having a couple because of that appointment tomorrow”…he said.  “In fact, I’ll probably be home by eight”…he said.  Well, I already knew it would be a bit later than that, but even so I asked if he wanted me to wait up for him so he didn’t need to take a house key with him.  “Yes please”…he said.  “I won’t be late – love you” and with that he was off… 🙂

Well, it got to about 9pm and still no sight or sound of him.  We exchanged a few texts – not nagging ones coz it’s not often he goes out without me, so it was a bit of a ‘boys night out’ for him.  Gradually, as it got later I started to think that maybe I’d made a mistake in not getting him to take his key coz I was knackered and starting to flag a little bit.  Around 10:30pm I got a text to say that he’d got three bottles of Becks to drink and he’d be home after that! (The pub started off with about 22 so he was doing well!) 😐

Around 11:30pm I rang him – again, not to nag, but just to find out how much longer because I was really starting to struggle staying awake.  Well, my boy was a little bit tipsy!!

Around midnight I got a call to say he was on his way home.  In fact, he ‘chatted’ at me for the full walk home doing lots of giggling and repeating himself!!  I think he was kinda expecting me to be pissed at him, but, as I said, he doesn’t do it often and he was so cute when he got back.

I think it’s fairly safe to say that he loves me, coz he must have told me at least 50 times (and that was BEFORE we got to bed!)  He tried to explain just how much he loved me and it went something like this…

“I love you so much that if a lion turned up, bringing all his attitude and thinking he was ‘all that’, I would say Oi, Lion – fuck off, she’s mine and you’re not touching her!  If that bloody lion got rowdy – coz they’re like that – I would go up to it and bite its fucking nose and tell it to piss off!!  That’s how much I love you – I’d stand between you and a lion to protect you!”

Well, it almost brought a tear to my eye … I’m not entirely sure if that was because I was so moved by his words or I was struggling not to piss myself with laughter at his incredibly earnest expression!

Well, I told him how much I loved him too and said it’d be a good idea to get some sleep as it was heading towards 2am at this point!  So tell me…how the fuck was I supposed to deal with him then telling me that “..rabbits should have thumbs and they aren’t as good as monkey butlers, because monkey butlers are cool…”!  I lost it a little bit and said “babe, I love you dearly but please – shut the fuck up!!!”  He actually giggled and said “OK, but I’ll go to sleep a lot quicker if you give my back and shoulders a rub – oh, and my head!”.  He finally fell asleep around 2:30am!!

…and that, Your Honor, is why I fell asleep on the sofa in the middle of the afternoon today!!! 😐

I had some weird dreams last night and woke up sooo tired this morning.  Most of them have kinda faded in my memory except this one…

My hairdresser, Paula, was cutting great big chunks out of my hair because I’d got soooo many split ends.  I was really upset and headed off to a local hair salon where the one and only William Shatner (yes, Captain Kirk! ) forced me into a chair and started cutting off even more hair!

Unfortunately it wasn’t this Shatner:

It was THIS Shatner:

…and he was SO camp!  Dressed in this very garish pink, frilly shirt and strutting around with his hand on his hip!

Jane (my sis) has just had a new kitchen fitted.  It’s lovely and she’s really pleased with it.  She gets really anal about cleaning sometimes and was on a mission to make sure every speak of dust etc was removed.  When she finally got around to the sink, she was livid to discover that there were two dark stains in the bottom of the bowl.  She scrubbed & scrubbed but couldn’t remove them!  She was in the process of having a go about it to her husband when he calmly moved the washing up liquid and soap off the windowsill and the two shadows in the bottom of the sink disappeared…